CAHON will be holding a President-Elect Election from May 10-May 21, 2021. Regular/Active Members current in dues are eligible to vote in the 2021 Election. The secure online ballot can be accessed here. 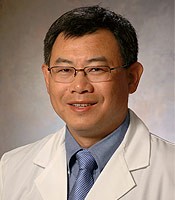 Biography:
Hongtao Liu, MD, PhD is a hematologist and medical oncologist, specializing in the diagnosis and treatment of leukemia, stem cell transplantation and cellular therapy. Dr. Liu is currently associate professor of medicine at University of Chicago. He received MD and Ph.D in immunology from Beijing Medical University, he finished his hematology/oncology fellowship training at University of Chicago. In addition to his clinical role, Dr. Liu is an active researcher. He aims to develop novel therapy including immunotherapy to eliminate minimal residual diseases after chemotherapy or stem cell transplant to fight cancer cells and prevent disease relapse. Dr. Liu has received funding for his work from prominent organizations, including the American Cancer Society, Cancer Research Foundation, and K12 Paul Calabresi Career Development in Clinical Oncology Award. He has been the principal investigator for many investigator-initiated clinical trials focusing on immunotherapy and maintenance therapy to prevent disease relapse in acute leukemia after chemotherapy and stem cell transplantation. He is the national PI of the NCI 9706 REMAIN trial to use PD-1 antibody, nivolumab, as maintenance treatment to prevent disease relapse in patients with AML. He participates and takes care of patients on the commercial CAR-T treatments and on the CAR-T clinical trials in the treatment of patients with AML/MDS, ALL, NHL and MM. He is an active member of ASH, ASCO, ASBMT and CAHON.

Candidate Statement:
First, I would like to thank the CAHON Board of Directors very much for the nomination. The nomination itself is already an honor to me. I first heard CAHON from Dr. Jingzhou Hou in 2013 during the 55h ASH meeting in New Orleans while waiting in the long line of a very popular Cajun restaurant. I started to participate the events of CAHON, and became a member in 2015. Personally, I benefit a lot from CAHON to connect with so many friends and colleagues through the network.

As stated in the founding open letter, “The top priority of this network will be, as the name implies, to facilitate networking both personally and professionally amongst the members. In addition, as a group, we can also engage ourselves in concrete and meaningful exchange programs with the Hematology and/or Oncology community in China.” CAHON has fulfilled these missions well in the past almost two decades.

The main reason for me to seek the election is to serve CAHON with commitment to face the challenges to maintain the well-defined missions of the network, and explore to expand the network to a broader community with more participation of the next generation members. I plan to deepen the connection with other professional societies, to help CAHON to thrive in the coming decade. 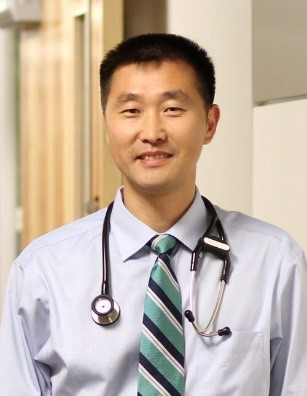 Biography:
Dr. Bo Zhao graduated from Dalian Medical University in 1996 with a Bachelor of Medicine degree. He pursued postgraduate training in general surgery, and obtained a Master of Medical Sciences degree in 1999, followed by a Doctor of Medicine degree from Peking University Health Sciences in 2002. He did postdoctoral research at University of Kentucky and Mount Sinai School of Medicine; his research focus was mutagenesis and tumorigenesis. In 2009, he started internship training in internal medicine at RWJ Barnabas Hospital in New Jersey, competed residency training in 2012. He received Hematology and Oncology fellowship training from Cleveland Clinic. Since 2015, he has been appointed as clinical assistant professor at Case Western Reserve University School of Medicine. Dr. Bo Zhao currently practices general oncology at Firelands Regional Medical Center, a community satellite of Seidman Cancer Center of University Hospitals of Cleveland.

Candidate Statement:
I first learned CAHON in 2014 during the ASCO meeting as a fellow. I always wanted to join, but did not get a chance until the summer of 2018, when I was "met with” doctors David Chang and Lei Zheng. I had the pleasure to serve on the Clinical Practice Committee with Dr. Jane Liu between July 2018 to June 2020. Since July 2020, I have been honored to serve as the Vice President of CAHON.

It was lot of fun working with our talented CAHON members from all sectors. This is truly a supportive family. We have successfully started the Community Oncology Forum, as well as organized our conventional symposiums. The activities connected me with many new friends, learning from them has prepared me better for future endeavors.

I would like to expand our CAHON family by recruiting new members, promoting fellow’s career development and interactions amongst all the sectors. My specific interest is to further case-based discussions and learning into an educational channel, to enhance the interactions with our peers and better oncological care in China. This cannot be fulfilled without your support. Thank you, my friends!